According to Goldpapers.io, Bitcoin has the best Whitepaper

by CoinWrath
in Bitcoin, Explaining
0

Why Bitcoin has the Best Cryptocurrency Whitepaper

I came across a very interesting article, written by my dear friend Reza Jafery, in which he “studied the correlation between the readability of whitepapers and the money raised.”

You would probably think that after so many years and so many blockchain projects, someone had to find out the golden rule, but no. Most of the ICO’s hide behind technical whitepapers that are really hard to understand, thinking they can trick readers to invest in their ideas by using fancy words.

The experiment which is presented in the article is mostly about running every written word of some carefully selected whitepapers through Hemmingway Editor.

“The Hemingway Editor scores your writing based on how simple it is to understand. Your score reflects the, “lowest education needed to understand your prose”.” 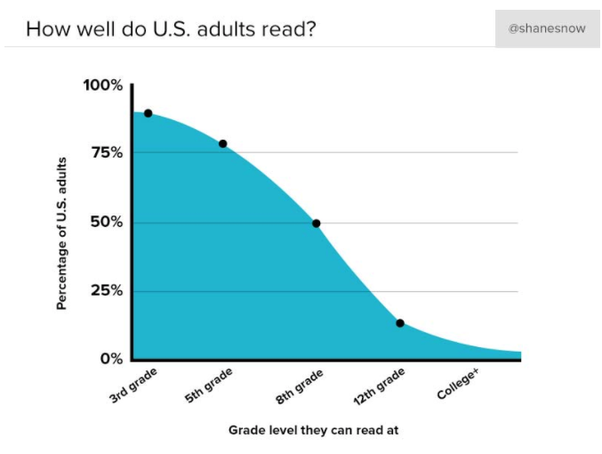 As you see in the chart above, only 50% of Americans can read at an 8th grade level, as the grades go higher, the percentage goes lower. This makes even more sense as articles from GQ and Buzzfeed range between 3th and 6th grade.

“I understand that Bitcoin never had an Initial Coin Offering (ICO). I’m including it here as a frame of reference. As the father of all cryptocurrency it’s important to remember where we came from.” 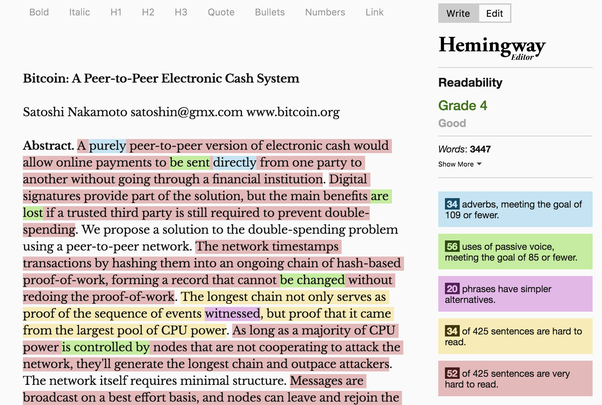 “The Bitcoin white paper is the shortest I’ve read. I was honestly taken a aback when I realized how brief it is.

Bitcoin is disrupting 100 year old industries, and it explains itself in 9 pages. 8 if you don’t count the “References” page.

Whether you’re a Bitcoin Maximilist or just someone trying to make a quick buck — you can’t deny that Bitcoin is the most successful cryptocurrency to date.”

I recently started a Whitepaper Writing and Design service called Goldpapers, where as part of the case study, I chose to re-designed Bitcoin’s Academic Whitepaper.

Check out the new Bitcoin Whitepaper

Lightning Network Promised Millions of Transactions a Second, Where Are They?